Below we list some of the considerations during data collection and the kinds of projective compensations that they can help minimize.

This tip is an absolute must when capturing data with cameras. Data that is captured out-of-focus breaks underlying assumptions that are made about the relationship between the image projection and object space; this, in turn, breaks the projection model entirely!

A lens focused at infinity captures objects far away with ease without defocusing, so this is the recommended setting for calibration. Care should be taken, therefore, not to get a target too close to a lens that it blurs out the image. This near-to-far range in which objects are still focused is called a camera's depth of field. Knowing your depth of field can ensure you never get a blurry image in your data.

It should be noted that a lens with a shorter focal length, i.e. wide field of view, tends to stay in focus over larger depths of field.

One of the largest sources of projective compensation comes from \(x\) and \(y\) correlations in the image space observations. Just to give you an idea of how connected these parameters are: 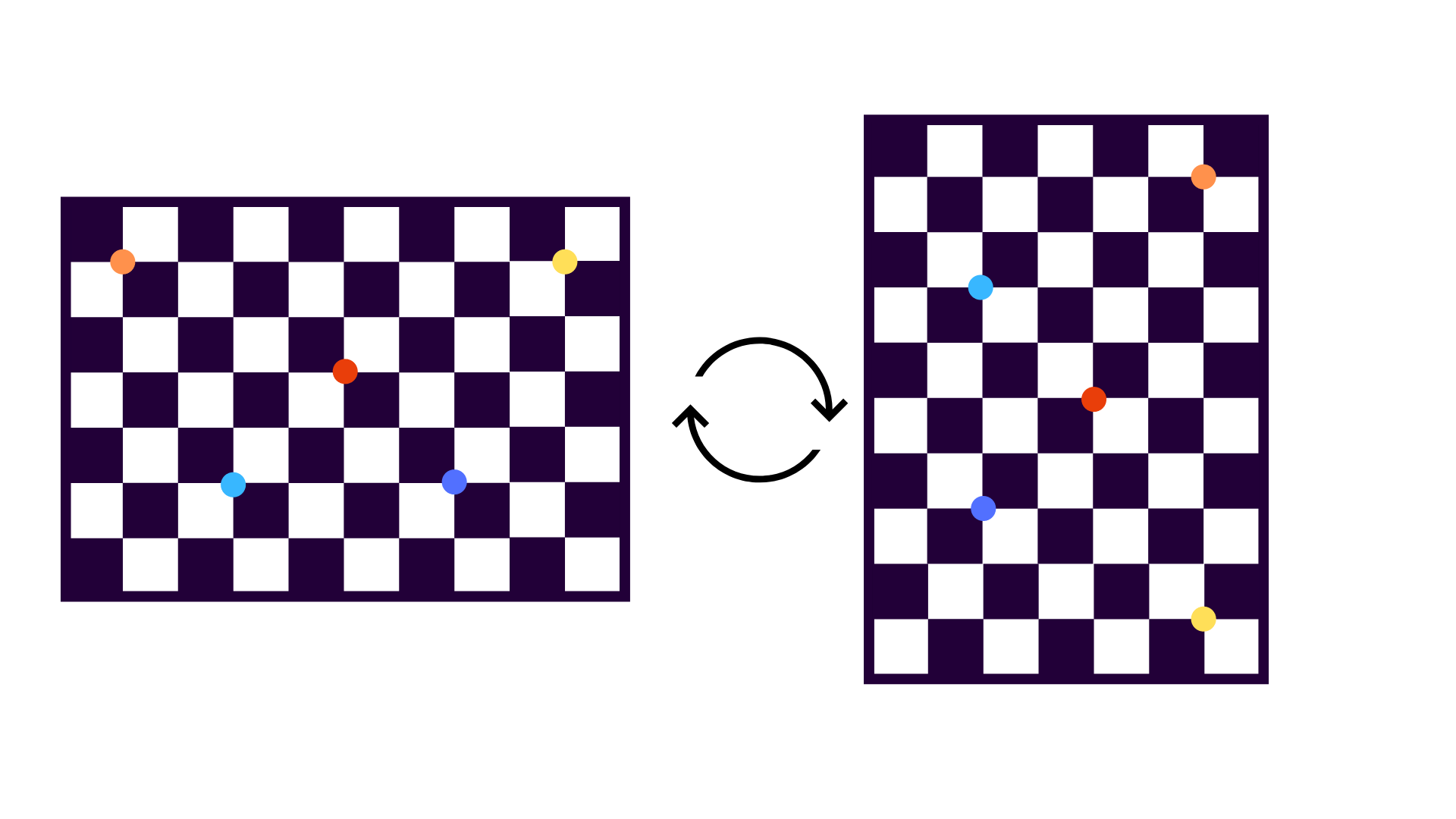 When the object space is captured at 0°:

When the object space is captured at 90°:

This process de-correlates errors in \(x\) and \(y\), because small errors in the \(x\) and \(y\) image measurements are statistically independent. There is no need to collect more data beyond 0° and 90° rotations; the two orientations alone do enough.

Helping You Help Yourself

Note that the same trick can be applied if the target is static, and the camera is rotated relative to the targets instead.

Rotating your target is an easy step which can help reduce a lot of projective compensations in the final calibration result, leading to a more stable and consistent calibration process.

The convergence angle of the camera's pose relative to the object space is a major factor in the determination of our focal length \(f\), among other parameters. The more the angle changes in a single dataset, the better; In most scenarios, reaching a convergence angle of 70° or greater is recommended. 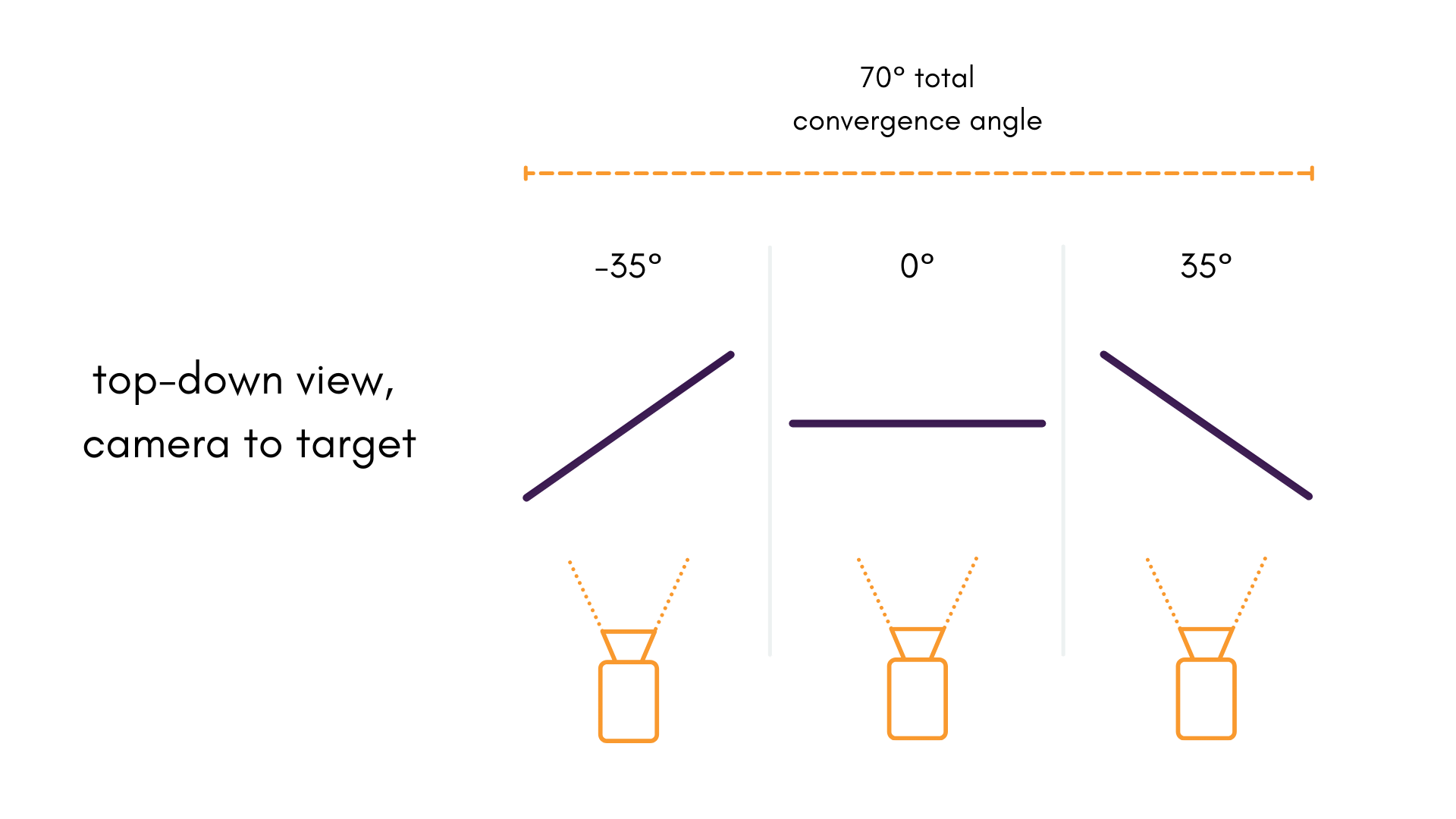 It is worth noting that other data qualities shouldn't be sacrificed for better angles. it is still important for the image to be in focus and for the targets to be observable.

Consider the Full Field Of View

tl;dr: the bigger the target is in the image, the better.

A common data capture mistake is to only place the target in a small part of the field of view of the camera. This makes it extremely difficult to model radial distortions, especially if the majority of the data is in the center of the extent of the image. To mitigate this, object points should be observed across as much of the camera's field of view as is possible.

It is especially important to get image observations with targets near the periphery of the image, because this where distortion is the greatest, and where it needs to be characterized the best. We can get a better intution for why this is by looking at the basic projection model of our cameras:

See our projection page for a breakdown of this model.

We especially want to avoid scenarios where these ratios are small. As a good rule-of-thumb, a ratio of about 1:1 is a good starting point. For a standard 10x7 checkerboard, this would mean: 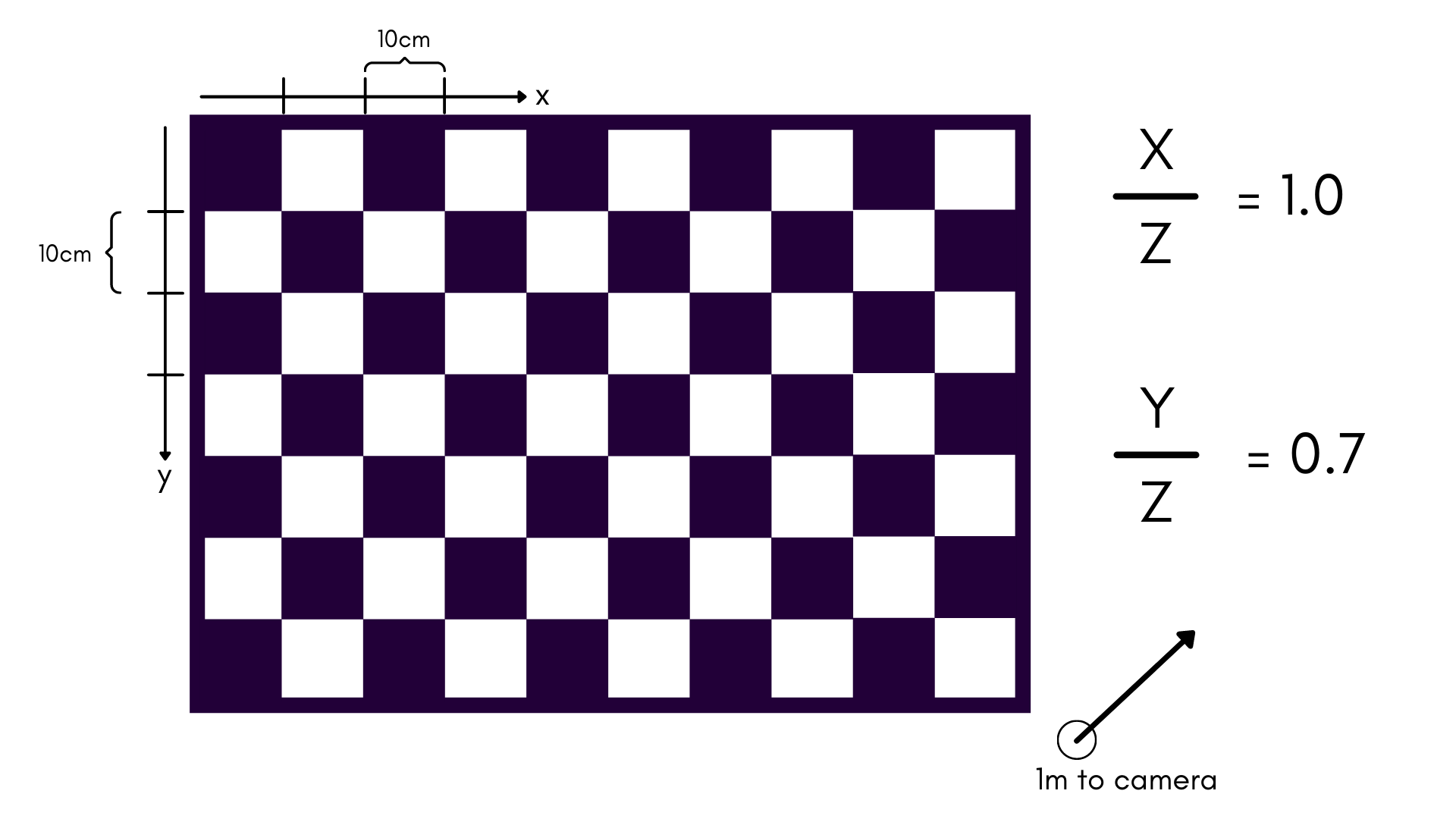 In general, increasing the size of the target field is preferred to moving too close to the camera (see "Keep Targets In Focus" above). However, both can be useful in practice. 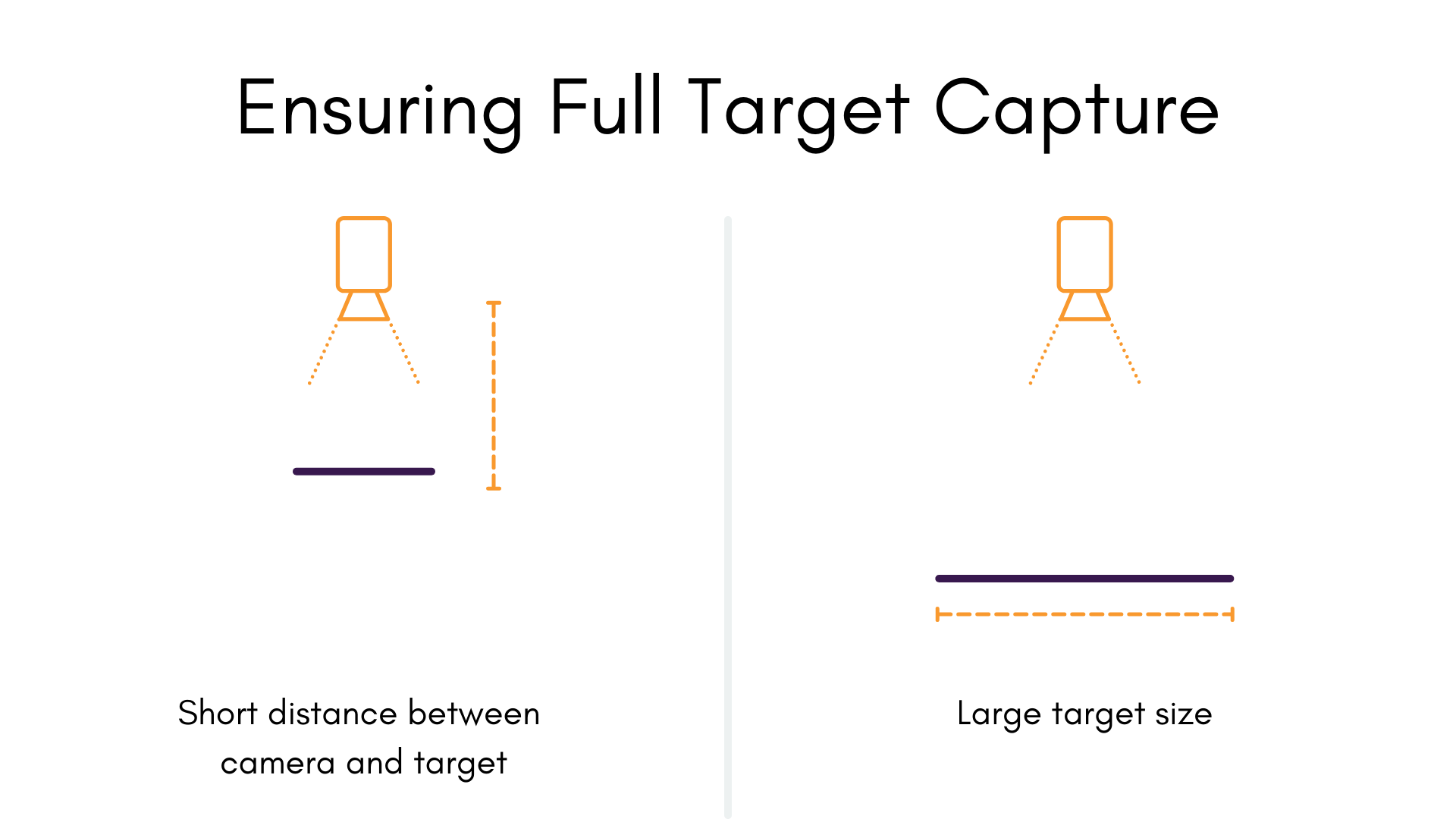 The Importance of Depth Variation

This point is more of a consideration than a requirement. At the very least, it should serve to provide you with more intuition about the calibration data capture process.

Perfectly flat planar targets, like the ones discussed above, provide very little variation in object space depth \(Z\). Restricting object space to a single plane in this way introduces projective compensation in all sorts of ways:

For those with planar calibration data targets, know that these will still give great calibration results (given the other data capture guidelines are followed).